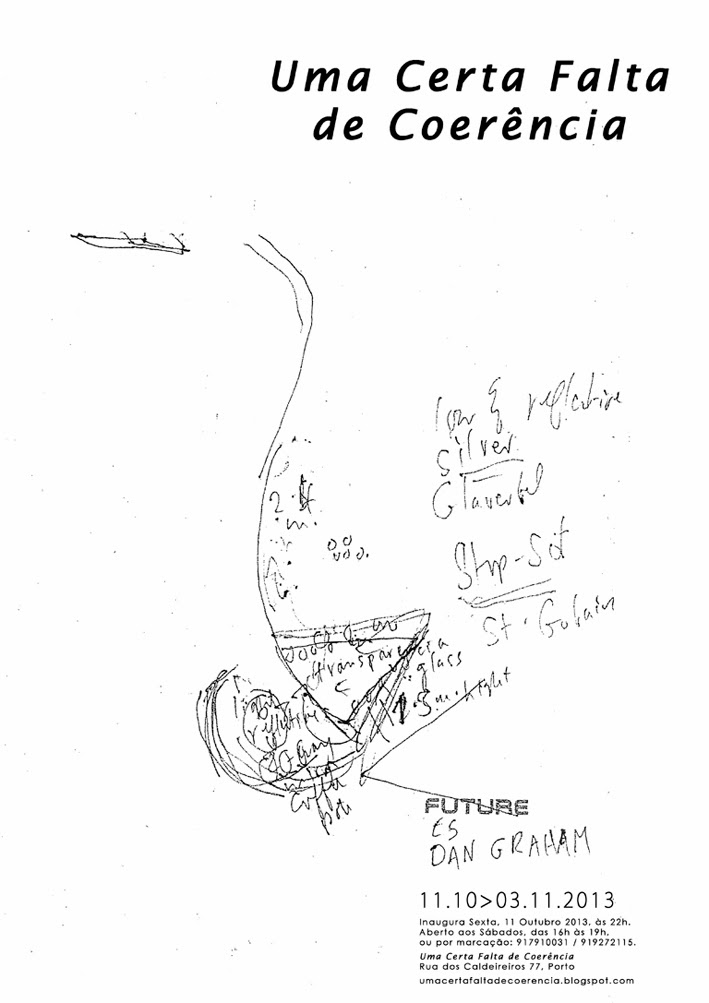 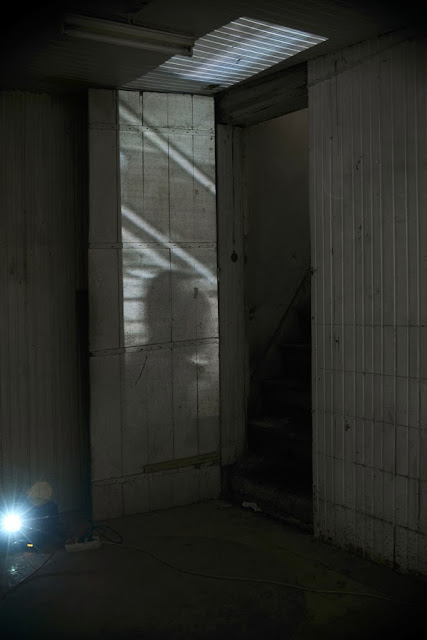 * All models and projects are working materials from Pedro de Llano Cabado´s archive - except "Tombe in Granite" (1988), which is by Dan Graham.

FUTURE es Dan Graham (2013) was an individual exhibition by Dan Graham (Urbana, 1942), which came out of an invitation extended to the artist to make a show in the artist-run-space Uma certa falta de coerência, in Porto.

Curated by Mauro Cerqueira, Pedro de Llano Neira and André Sousa, the exhibition highlighted his relation with Portugal and Spain, which goes back to his first trip to Lisbon –curiously enough, the day after the “Carnation Revolution”, on April 25th, 1974-, and has passed through different visits to both countries up to the present. FUTURE es Dan Graham focused also in those elements which Graham´s work shares with Uma certa falta de coerência project, for which it has been a crucial referent: the city and its suburbs, popular culture, and the artistic practices heir of the DIY attitude.

The title and poster of the exhibition came from a drawing found in Pedro de Llano Cabado´s archive -the architect (A Coruña, 1947) that collaborated with him in twelve of his projects in the Iberian Peninsula since 1997. Together with this sketch, made as a first approach to the proposal for the Fundació Tapiés pavilion (unrealized, 1999), several documentary materials were shown (drawings, faxes, texts, photographies, and models), that address the process of definition and construction of five of those pavilions: Santiago de Compostela´s pyramid, the unrealized projects for MACBA and Fundació Tapies, in Barcelona, and two pavilion proposals for Museu Serralves, in Porto.

These documentary materials were accompanied by four videos made by Dan Graham since 1983 (Rock, My Religion, TWO WAY MIRROR CYLINDER INSIDE CUBE and a video salón, Classic and Recent Installations/Pavilions: 1974-2008 and Death by chocolate), a model of the rarely published work - Tombe in Granite (Bienal de Pontevedra, 1988)-, several posters, and a new video, titled FUTURE es Dan Graham (2013), still in editing process, filmed by Cerqueira, de Llano and Sousa, during the investigation carried on for the exhibition, including interviews with Graham, and some of his friends and collaborators. This video contains also unpublished materials, as the images which show the Dacca Pavilion; his last work in the Iberian Peninsula, installed in a collectors farm, in Extremadura (Spain), in 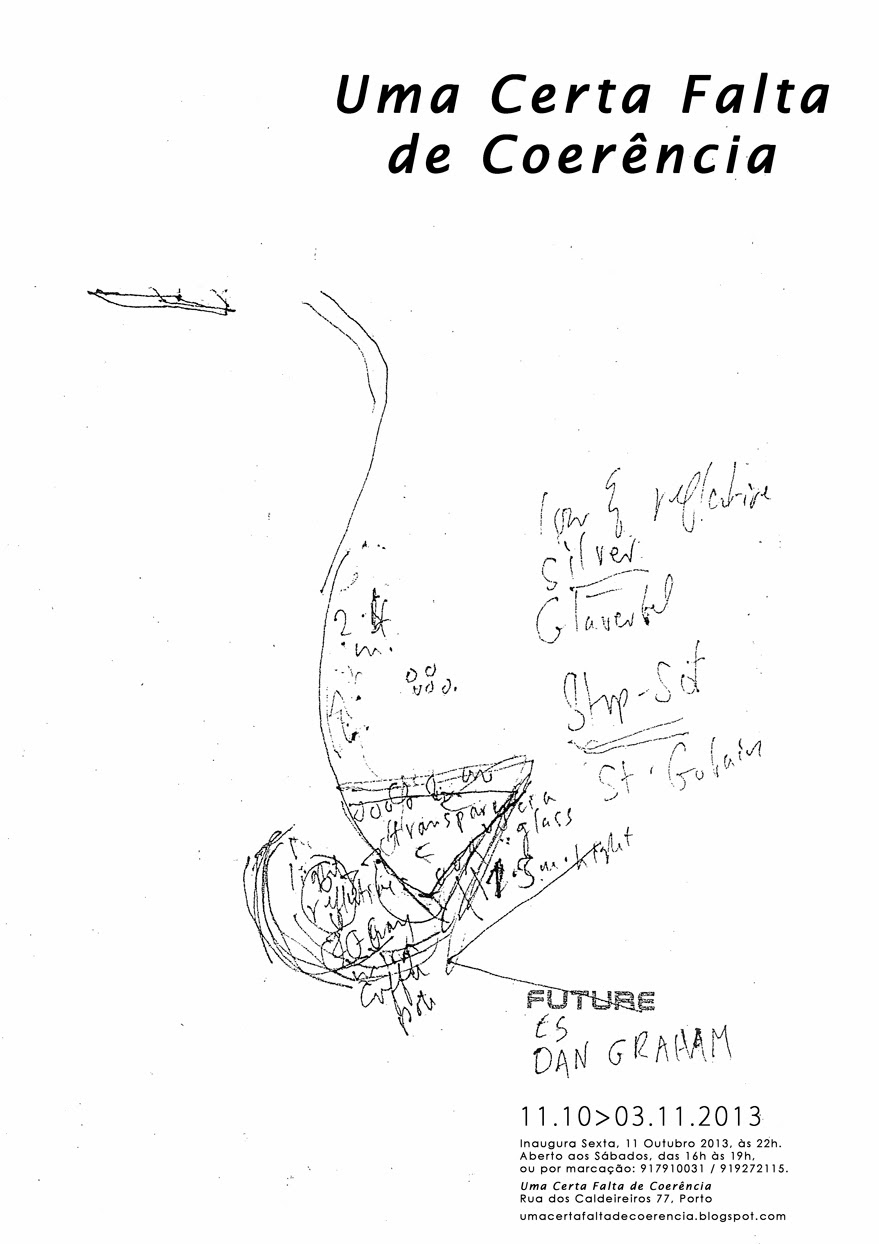